A Complete Sorceror Guide (Until getting Heartseeker in Torment)

A Complete Sorceror Guide (Until getting Heartseeker in Torment)

A Complete Sorcerer Guide (Until getting Heartseeker Bow in Torment)

Overview:
Normal difficulty
1. Early game try to put on gears that add HP, since most of our points go to MAG. Once you are level 16, with mana shield you can get rid of healing potions. It’s best to leave 10-15 distributable points available in case some gear requires a certain STR.
2. “Lightning” Spell is important. Better to level it up. You will find it able to one-shot most monsters. Also learn Teleport when you are level > 25
3. DO NOT complete “Chamber of bone” at level 6 and “Horazon’s sanctum” at level 8 for now. Those are quests that levels up your Guardian and Golem spell respectively. Learn the spells through books and come back for those quests in later stages.
4. There’re 5 quests you should complete. Basically quests that award you with attribute points.
a) The infestation of worms. Need to reach level 5. Get +5 points once complete
b) Black mushroom. Need to reach level 9. Get +3 points to all attributes
c) The anvil of fury. Need to reach level 10. Crafting prerequisite
d) The island of sunless sea. Need to reach level 12. Step on stones in the order of South, North, East, West to open the secret tunnel. Get +5 points
e) Lost treasure. Need to reach level 13. Get +3 points to all attributes
5. Facing Diablo, I killed him using Lightning spell. Easy task.
6. I was around level 28 when beating normal.

Nightmare difficulty
1. Focus on learning Chain Lightning, Meteor Cluster, Apocalypse, and Blizzard. And of course, level up your Golem and Guardian spell
2. Skip quest at level 6 and 8. Finish the 5 quests same as above.
3. Beat Diablo using a combination of Chain Lightning and Guardian/Teleport. Better cast Elemental Drain to lower his resistances first. Summoning a Golem for distraction also helps.
4. I cleared nightmare with level 35 ish

Hell difficulty
1. Need to pick items that reduces target resistances. Throw away gears with resistance reduction of 10% or less. Better to get 18%-20% resistance reduction. REMEMBER: reducing target resistances is always more important than increasing spell level.
2. Temporal slowdown (level 32 ability) can be used together with elemental drain, making enemies much vulnerable
3. I found it hard to kill monsters after level 10, so I just skipped through mini-bosses. My level of Golem and Guardian was around 11 before I went back to finish chamber of bone and horizon sanctum.
4. In the Terror domain, I used temporal slowdown with elemental drain before I cast chain lightning or apocalypse like crazy. Such strategy helped me kill the 3 mini-bosses before Diablo
5. As for Diablo, I wore the Celestial Axe that reduces target magic resistance by 20%. Use temporal slowdown + elemental drain before teleporting to Diablo and spam bone spirit. This should give you > 8000 damage per hit. Repeat this until his life is low. From there you can kill him with Guardian etc.
6. Cleared hell difficulty at level 42

Torment difficulty
1. Teleport to level 13 and go back to Tristram to unlock Lost Treasure. Farm the 3 chests inside, up until you find Heartseeker and other high-end gears. Magic find doesn’t matter with chest drops so don’t bother with that
2. Heartseeker can ONLY be found in Torment LT, so don’t waste time doing Hell level LT runs. I also discovered when I reach level 46, it began to drop better gears. So better to reach level 46 to increase your chances
3. I also tried gambling, spent around 40 million gambling only ward bows but didn’t get Heartseeker at all (not even Magewrath). Not worth the time
4. Finally found Heartseeker after like 200 LT runs, together with other useful gears such as Glory Ward, Blade of Five Suns etc.
5. Well done Sorc! Now we are ready to start playing other characters

Gear
A useful axe that reduces magic resistance by 20%. Cannot be frozen is also important. 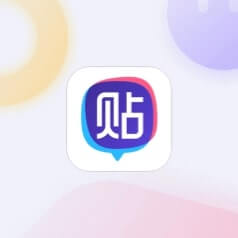 A staff that reduces lightning resistance by 20%, while increases spells by 2 levels and adds 27% to all resists. Great weapon!

An armor with high AC, add all resists, and cannot be frozen

Mine MF was actually lower than yours. I had around 200MF only.
I read somewhere in this forum that MF doesn't affect chest drops

I think you just need to get to around level 46 so it drops better equips, and just keep LT runs. Good luck!
Top

Thanks. I had so much fun with this MOD. A great thanks to Noktis!
Top

Mine MF was actually lower than yours. I had around 200MF only.
I read somewhere in this forum that MF doesn't affect chest drops

I think you just need to get to around level 46 so it drops better equips, and just keep LT runs. Good luck!

MF does affect chest drops. Been harvesting chests in the Chamber of bone and LT with my Sorc, both on hell and torment, with different MF amounts, around 0%, around 100-150%, and over 300%. I can claim from my experience to get more and better drops with around 150 MF, while over 300 seems no to increase the drop rate significantly and 0 MF giving mostly blue items drop. BTW I got two Heartseekers in hell difficulty somewhere from regular mobs with around 130 MF.
Top

No, MF doesn't affect chest drops. And it was stated by... Wait for it... BrightLord - creator of this mod.
Top

My sorcerer is stuck in Torment Catacombs.. I have the WP to lvl 6.. surprisingly I cleared my way there.. well, nothing in lvl 6. just got the wp. but I full cleared every floor below it lolo. Was super funny that one quest monster... the goat that's supposed to craft you a weapon? Dude took like 20 minutes or something. I had to use elemental drain on him at least 6-8 times as it was the only way he'd take dmg. I mean.. I had relatively high neg res on my staves, shrug. What was so great about it though is when I finally beat him, the sorcerer's like "I'm not impressed" and I just shook my head and laughed.

But yeah, there's no way I can do anything further than floor 6 of torment on my sorc. the first 5 floors were a challenge, but not totally impossible. In fact, I found MY Hearthseeker on one of those floors even, so I didn't even HAVE to do LT runs. Smirk. Damned near perfect too, proud of that bow.

I recently tried going back with all new gear, like skin of the vipermagi, +3 meteor cluster ring, and a BADASS staff for my level.. and NOPE... No way in hell am I getting through that.
I'm guessing he's just underleveled for it or something.. Probably need lvl 48+ for the better staves with -30+ res..
I mean.. I have some great gear for him later on, but.. idk if I want to just.. grind him yet...just so i can clear some lower floors of torment.

He's lvl 43, stuck on floor 6 wp of torment. No reason to progress when I have my rogue.
Top

It's possible that MF doesn't affect chests/weapon racks/armor racks/decapitated bodies...normally anyways.. But the Lost Treasure chests are special. I wouldn't be surprised if each of those chests were equivalent to the area's unique monsters or have their own unique pool of items that can be dropped, which is affected by MF. So for Lost Treasure chests, specifically, MF might work. IDK or anything, but I can agree with you in that ordinary chests for SURE are not affected by MF.. that doesn't mean rares/uniques can't drop from them though. It was the same in Diablo 2, but the big magical locked chests that are all glowing and shit seemed to be affected by MF as well. Chests/racks/etc. can only drop one guaranteed item, so its drop list is very simple in comparison to something like a monster or magic chest. It makes perfect sense that they are not affected by MF. So using that same logic, it would make sense that magic chests are affected by MF.
Top

I can confirm this. Currently a lvl 42 Sorc battling Diablo on Hell Mode. I had a rare staff(yellow) with +2 to spells, 29% spell power and +19 magic. I was struggling at level 11. The numbers on the rare staff sound great, but I traded it in for a blue staff with -20% lightning res on enemies(for chain lightning), and weapon swap for -15% fire res on enemies (for AOE apocalypse clearing).
Top
Post Reply
10 posts • Page 1 of 1

Users browsing this forum: No registered users and 24 guests